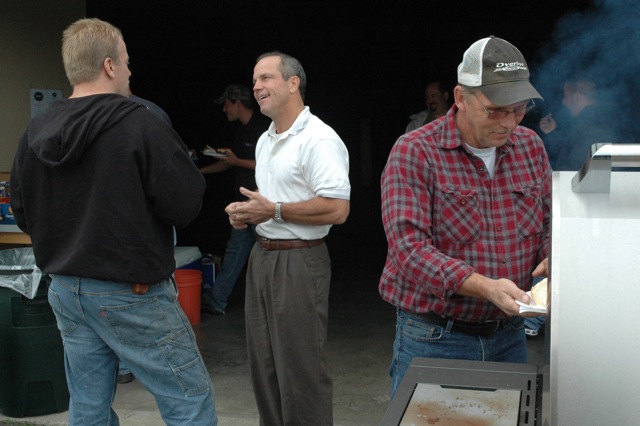 Overbye owner operators, staff and suppliers had a great time during Appreciation Week.[/caption]

Special thanks to Pomp’s Tire, who once again provided plenty of food to grill as well as staff to help us our during Driver Week.[/caption] According to American Trucking Associations’ press release issued for Driver Week: “There are over 3.2 million professional truck drivers nationwide – delivering the goods U.S. consumers need every day of the year. Logging over 432 billion miles per year, trucks delivered 10.7 billion tons of freight in 2007, or 69 percent of total U.S. freight tonnage. Professional truck drivers are more essential to the national economy than ever before, and they’re delivering their loads safely and professionally.” During Appreciation Week at Overbye’s facility one of the Overbye owner operators summed it up perfectly when he said, “It’s so nice to meet casually with the people who run the company, and spend some time with the support staff and be able to talk in person with the dispatchers. Overbye always treats us right and events like this help us to get to know them even better.”]]>